ICYC is all set to gear up for the next International Day...Read more

Download Files
Colombo Declaration recognizes Co-operatives for Youth Development
Youth and Governments from over 160 countries that recognize the United Nations system released a joint declaration on the post-2015 youth agenda on 10 May, 2014 at Colombo, Sri Lanka, culminating the deliberations and negotiations on the thematic area of youth and youth-led development, that took place at the Bandaranaike Memorial International Conference Hall from 6-9 May, 2014, at the closing ceremony of the World Conference on Youth 2014 (WCY2014) held at the National Youth Services Council, Ministry of Youth and Skills Development, Government of Sri Lanka Maharagama, Colombo. The ‘Colombo Declaration on Mainstreaming Youth in the Post 2015 Agenda’ will be tabled at the 96th UN General Assembly scheduled in September this year and acts as a international instrument for states to recognize the recommendations the declaration makes and incorporate the same in national legislations. The first such conference was held in 1936 during the wars period in Europe and since then fourteen such conferences on youth have been held. The age of information that we live in gave WCY2014 Colombo an edge in its outreach and popular social media portals were high on activity during the 15th edition of the WCY. This is the first time for the conference to have reached the shores of the Asian continent. 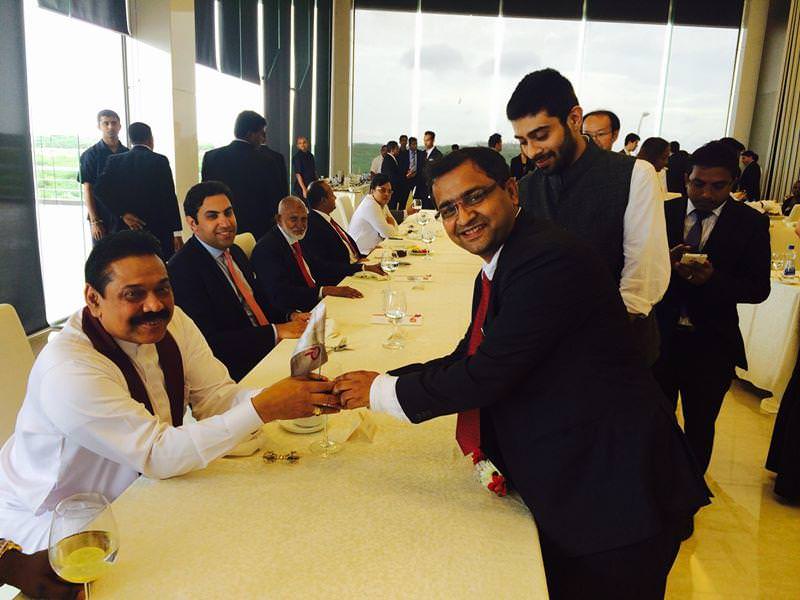 Dr. Sukesh Zamwar, ICYC Former Chairperson and Mr. P. Santosh Kumar, Secy. ICYC along with the Former President of Socialist Republic of Sri Lanka .
The opening ceremony of WCY2014 was held in Hambanatota, the home town of the President of the Socialist Republic of Sri Lanka, H.E. Mahinda Rajapakse, where he served as the chairperson of a primary co-operative society in his younger days. The President, along with , H.E. John W. Ashe, President of the United Nations General Assembly, Mr. Ahmad Alhendawi, UN Secretary General’s special envoy on Youth and Mr. Dullas Allahpperuma, Minister of Youth and Skills Development were the chief guests at the ceremony that saw cultural performances par excellence symbolizing sustainable development and the force of youth. The key message delivered at the opening of the conference was that not only the future but also the present belonged to youth. Moving beyond the perception of it being mere demography, youth was urged to take responsibility for their actions to ensure a better world for those who are to inherit it in the times to come. 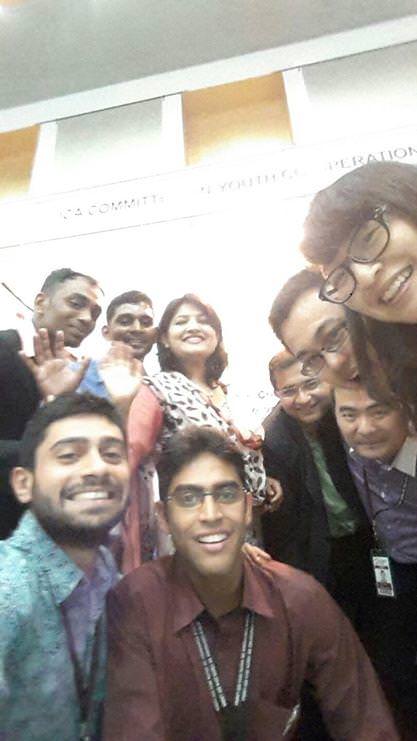 ICYC Selfie!
The ICA AP Committee on Youth Co-operation or the ICYC, a thematic committee set up by the ICA Asia and Pacific, and working since 2006 on development and empowerment of youth in co-operatives made space for its members at the conference to highlight the value based alternate model and principles that co-operative enterprises ran on. The ICYC got support from its members in China, India, Nepal, Pakistan and Sri Lanka who participated at the Conference as delegates by organizing external events such as ‘the Coop Difference – A Talk on the co-operative business model’, an exhibition booth at the Conference Exposition center that showcased products based out of co-operatives from the ICYC member countries and the main event wherein the Chairperson of the ICYC, Dr. Sukesh Zamwar participated at the Roundtable plenary pertaining to Full Employment and Entrepreneurship to highlight the difference a democratically controlled and member owned economic enterprise such as co-operatives could make in shaping the world. This plenary titled ‘What we want’ saw the participation of Ms. Reiko Tsushima from the International Labour Organization and Mr. Thilanga Sumathipala, Member of Parliament of Sri Lanka. The outcomes of these plenary discussions were then served as fodder to the national delegates nominated from various governments to work jointly to bring out the Colombo Declaration. 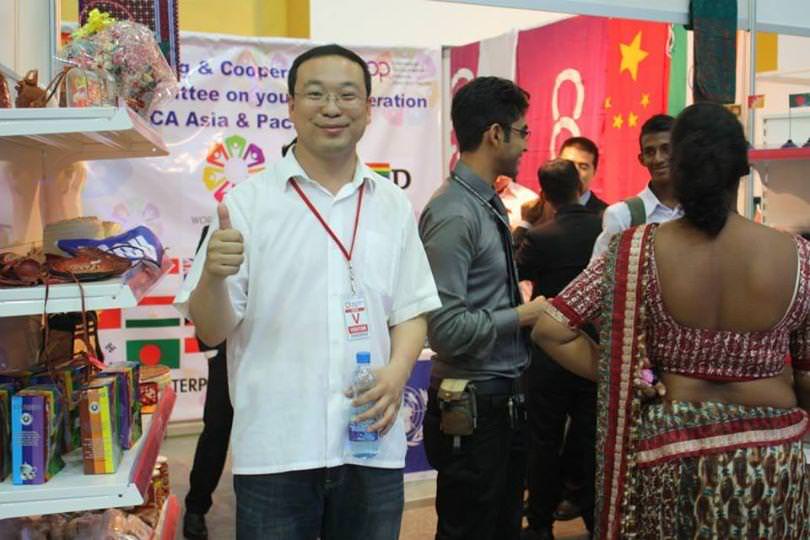 The Conference took on seven themes that were symbolized by the 7 petals on the official WCY logo. These were-

More than half the world population (3.5 billion people) is under 25 years old and a large percentage of that is in Asia. In the current Millennium Development Goals’ framework, young people are seen as the beneficiaries rather than partners. However, the changing global economic paradigm is compelling governments to involve young persons in the policy making framework. Youth also account for a huge percentage of the most vulnerable and affected populations around the world. There is no international Convention specifically on the Rights of Youth or any other high-level body dealing specifically on youth issues. To address these concerns and to mark a change in the way youth related issues are dealt with, the conference adopted the Colombo Declaration that also recognized the role and importance of co-operatives and called upon governments to create an enabling environment to foster such models of business. The excerpt mentioning co-operatives in the declaration is placed below and the full text can be accessed by clicking on the official logo of the WCY2014.

Create an enabling business environment and multi-stakeholder partnerships, including between developing and developed countries, that are environmentally sustainable to boost entrepreneurship, including startups and apprenticeship for youth and alternative models of enterprise such as co-operatives and intra-regional business incubators with focus on young women and young persons living with disabilities.In the words of Robert Owen, father of modern co-operatives “To train and educate the rising generation will at all times be the first object of society, to which every other will be subordinate.” This was reaffirmed by the global co-operative movement when it declared Youth as the future of co-operative enterprises as the theme for the International co-operative day in 2011, giving the youth movement the much needed thrust and attention in the co-operative sector. With the most recent international document on youth - the Colombo Declaration recognizing the need to create space for co-operatives for the young, it has become imperative for the global and regional youth networks under the ICA to work in cohesion and begin a serious dialogue on empowering youth through co-operative philosophy, and practice